Mayor Glas called the May 1, 2017, regular Alcester City Council meeting to order at 6:00 p.m. The May meeting is usually a transitional event where the old council finishes up old business of approving minutes, approve warrants, adjourn the old council. THE new council meeting is opened with any incoming council members seated by the administration of the oath of office, election of President and Vice-President of the Alcester City Council and THEN the meeting agenda is approved.

After the Pledge Allegiance was recited, the council went about its business by approving the agenda (OOPS!), approving the April 3, 2017, minutes, approving the warrants and then adjourning the old council meeting at 6:00 p.m.

Outside legal counsel item. According to FO Pat Jurrens, WE (FO Jurrens and Code Enforcement Officer Jeff Fillingsness) felt Tom Frieberg of Beresford was a better candidate to handle the state plumbing code violation of Village West Apartments and because FO Pat Jurrens (Note: Alcester has no city administrator just a city bookkeeper) felt, “…he (Tom Frieberg) and Code Enforcement Officer Jeff Fillingsness work well together…” No Duh! Since Jeff Fillingsness is the code enforcement officer for Beresford, who works with Beresford City Attorney Tom Frieberg with Beresford Code language, violations and citations. After Councilman Dave Larsen asked the question,

“why not Alcester City Attorney Chuck?”,

Another ‘WE’ request for outside legal consult with Tom Frieberg for a condemnation case on 306 Iowa Street. Here there was no conflict of interest, so why does FO Jurrens want to outsource our legal city business to another town?

PUBLIC INPUT Angela Hansel appeared to ask for some sort of variance/easement on her property at 211 SD 11. One has to wonder why Ms. Hansel was directed to public input rather than a line item on the agenda. It appears there is some sort of concrete encroachment into the city alley and the property owner wants an easement to add more building to the encroachment. The council discussed precedent, survey lines and the Mayor? Well, the mayor just wanted to give advice about the necessity of re-bar when a new slab of concrete is added to an existing slab of concrete. Really? Really? Set-backs, dedicated alleys and utilities right-of-ways are in place for a reason but Mayor Glas is only concerned about the technique of adding one slab of concrete to another. The city should never-ever hand out encroaching easements of a city owned alley. FIND THE SURVEY MARKERS, cure the adverse encroachment without abandoning property! THINK! Don’t make the same mistake as the East Clark street fiasco, that evidently the city did not OWN the property (i.e. fairground road) that the city built up to accommodate FCS Elevator without checking property ownership to the tune of:

In public input I presented the Alcester City Council with the March 3, 2014, vote establishing a municipal website at $1375.00 to build the Alcester municipal website and $450 annual administration fee. Councilwoman Kama Johnson made the motion, Councilman Mike Burke seconded the motion with council members David Larsen, Mark Dykstra, Kama Johnson, Mike Burke, Pat Jurrens (this was while Councilwoman Pat Jurrens was still seated as councilperson) and Steve Johannsen voted yes to establish the Alcester City Municipal Website. I also gave the council a copy of the South Dakota Municipal League Website Development program which offers a discount for website development.

I also presented an FOIA for information on the Incidental Account which allows for discretionary funds for the Mayor and Finance Office which requires two officers signatures (not a council vote) to access the funds. Also included in this FOIA was my request for the current council voted funds limit available to those two positions. Finally I included a Black’s Law Dictionary definition of malfeasance, misfeasance and nonfeasance so the mayor and council understood how those terms could be applied to the failure to set up the website, the continued failure to set up the Alcester City Municipal website and how failure to fulfill their municipal obligations is defined legally.

Councilman Dan Haeder brought up a complaint he received regarding Snap chat, lewd (my term, cause the comment made indicated no clothing was removed) behavior and the local liquor establishment. The situation was handed off the Police chief who remarked, “…she refused to speak to me…” Uh-huh.

FO Jurrens announced a Planning and Zoning Ordinance meeting on May 22, 2017, with Patrick who apparently is a neophyte in handling Planning and Zoning. Wonderful. It appears the Planning and Zoning document is a 95 page wonder. I certainly hope this Ordinance is actually read and ramifications are understood better that the IPMC was. A lot of rules and regulations which are too numerous to enforce without costing the city a fortune and what rules and regulations are enforced uniformly thus causing court time but that seems to be okay ’cause Code Enforcement Officer Fillingsness knows and works really well with Beresford City Attorney Tom Frieberg.

Last item up was executive session for personnel SDCL 1-25-2-1:

I would like to note this closed session discussion is limited to ONE officer or employee and their perceived qualification, competence, performance, character or fitness. Not discussions on scheduling, not overtime in a department or how a department head is handling scheduling or what the Finance Office may hear through the window between the Finance office and the police department. As bookkeepers, neither of these two women are qualified to make judgments other than the competence, performance, character, and fitness of the finance office and IF, they are offering testimony on a fellow employee or officer they must be interviewed separately due to confidentiality. If notes are taken, one of the council should be taking notes in the executive session and preferably by the President or Vice-President of the council! ANY conversations dealing with anything other than one employee (at-a-time) or city official is breach and violation of the Open meeting law.

Council was called back in session at 8:21 p.m. and Mayor Glas called for adjournment. 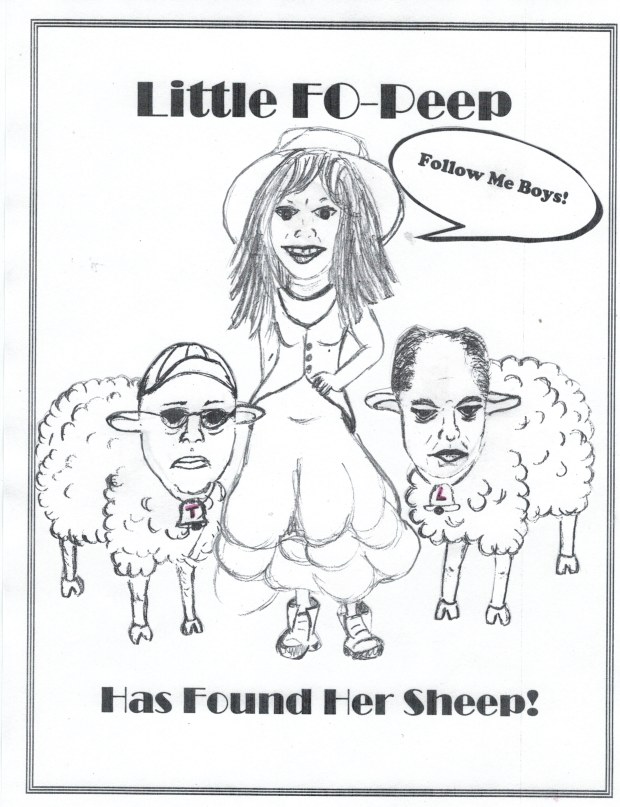